Compulsive spending is potentially just as destructive an addiction as drugs or alcohol. The impact on the family when a member is unable to stop from spending can be devastating financially, of course, but that devastation can burst outward to take in all aspect of family life. Ultimately, the addiction to buying things can lead to the 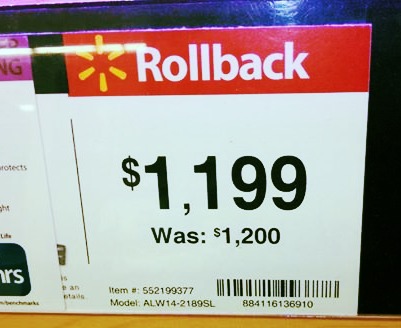 destruction of the family unit itself.

The first step in dealing with the fact you are one of these people who spend money in a compulsive manner is recognizing and admitting the problem. The latter element is almost always a thing of difficulty, but it is the recognition that is the real key. With the acknowledgment that things have gotten out of hand in place, the moment when you admit that it is a problem that is seriously impacting your life will eventually come. As long as you remain in denial of the facts, however, you’ll never reach the stage of admitting you have failed in one extremely important aspect of your life. What does it take to get to the point of recognizing that you have become a compulsive spender? As with so many other addictive activities, the realization comes as a result of adding up smaller numbers to get that number that is so big it takes a force of will to continue ignoring or denying it.

Are you taking cash advances on your credit card?
An ugly word used to be part of the standard vernacular among those who did not have the cash on hand to meet their debts and had to look past legitimate sources of credit to receive loans that went to paying down that debt. The word was usury and it described a situation in which an exorbitant rate of interest was extended to the borrower of money from these illegitimate sources of credit. Today, of course, usury is not used to describe the exorbitant rates of interest that credit card companies charge to cardholders who draft cash loans on their credit card bill. The rates of interest charged qualify as usury, but that dirty word is never used. If you have reached the point where you are getting cash advances on your credit card to make unnecessary purchases, you are at the very least on your way to becoming a compulsive spender if you are not, in fact, already there.

Do you consistently fail to meet your regular monthly payments?

Think back to how many times your rent was late or you received a late fee for failure to pay your mortgage on time. How often have you been late in paying the power company or the utilities. Do you make a habit of paying just the minimum payment on your credit card bills? Now look around your house and tally up the items that have come into your house courtesy of your credit cards, checks or cash payments during the months in which you missed or were late with payments on bills and loans. Have you been late making your monthly payments while at the same time enjoying a new TV with a bigger screen? Has your CD and DVD collection expanded along with the amount of interest on your credit cards? If you are late paying bills at the very same time you are adding new consumer products to your lifestyle, then you are very likely a compulsive spender with a serious problem that needs to be addressed before it becomes a devastating problem.

Do you make a habit of collecting cash from friends before paying with your credit card?

Take a moment to reflect on your time spent out with friends. At the end of a meal, do you gather up cash from your friends so that you can put the entire meal on your credit card? Have you ever made a deal to take cash from a friend at a store so that you could pay for their purchase with your credit card? This kind of behavior is a dead-on giveaway of someone who has become a compulsive spender and you need to get into a mode of thinking in which you accept that fact and deal with it.

What percentage of your income goes to paying your monthly credit cards bills?

Take a look at how much you’ve paid in credit card charges over the last year. Now compare that figure to your yearly salary. If the result of this quick math indicates that more than 20% of your entire salary is going to pay credit card companies, you are on the verge of becoming devastated by your status as a compulsive spender. If the figure exceeds 30% of your yearly income, it’s time to make two appointments: one with a financial advisor and one with a mental health professional. You have a problem. A problem that left untreated may end with your losing everything you have.

Does the idea of cutting up your credit cards fill you with anxiety?

Take a moment to stop reading this and seriously think about getting up right now, getting a pair of scissors from the drawer and using them to slice every credit card on which you still owe money into thin little slices. Don’t just give a cursory thought, but truly think about what if you had someone in the house right now with a gun to your head forcing you to do it. If there is even one slight moment of doubt that you would rather take the chance of disarming the intruder than cutting up the cards, you are, without question, a compulsive spender. Any signs of anxiety that occur when you think about losing your ability to buy things by putting them on your credit card is a big flashing neon sign saying Yes to the query of whether you have a problem that can only be couched in terms like addiction, obsession, compulsion and mental disorder.

What can you do?

Just reading this article and answering yes to all these questions is not going to be enough to make you admit that you’ve got a problem. Compulsive spenders can always justify their actions as normal and healthy and you’ve no doubt come up with any number of responses to the suggestion that you’ve got a problem. When the time comes that you are ready to make that admission, here’s what to do: Get yourself some new friends if you notice that your spending has become a social experience. Find someone you can trust who will talk you through the anxiety you feel when you reach a point at which you think you cannot stop yourself from going out on a shopping spree and call them up so they help talk you out of it. Get those scissors and cut up those credit cards and make all future purchases using cash, checks or a debit card that takes money directly from your checking account. Never leave the house to go shopping without a written list of everything—and the only things—you will allow yourself to buy. Take every home shopping channel off your automatic channel surfing list. Cancel your subscriptions to every catalog you receive. Change your e-mail so that you don’t longer receive special offers from online stores. When you’ve paid the last remaining cent associated with your credit card bills, open up a savings account or money market account and start putting the same percentage of your paycheck into it that you previously were spending on credit card purchases.