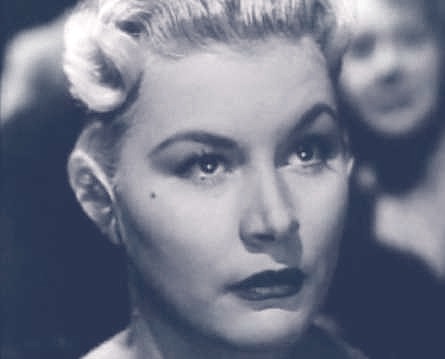 As of yet Hannah Montana’s Miley Cyrus (the biggest selling musical artist in the world today!) has not yet gone the route of Lindsay Lohan, Britney Spears and the other party girls who have apparently become satisfied with trading in their celebrity based on talent for the Paris Hilton variety of celebrity based on notoriety. With those infamous Vanity Fair photographs it may be just a matter of time. There have always been Hollywood party girls who live life in the fast lane, and there will always be Hollywood party girls. What few too many people today realize is that the fast life of drugs and parties and promiscuity and indulgently notorious behavior that has made Lindsay Lohan and Britney Spears and the rest contemporary poster girls for John McCain’s brand of positive campaign advertising is that it is nothing new. In fact, there is plenty of evidence that today’s Hollywood party girls are almost quaint in comparison to the most notorious party girls of the times past. It is one of those notorious queens of Hollywood that provides a case study, however, in why today’s and future Hollywood party girls should be concerned about where they may wind up.

Barbara Payton was her name and she was one of that variety of actresses that were so popular in the late 1940’s and 1950’s. She was a voluptuous bottled blonde with the kind of smoldering good looks that made her ideal for the part of the femme fatale in the new genre of film that would come to dominate the era: film noir. Indeed, Barbara Payton’s wavering talent excelled in her film noir roles. In other kinds of movies she could vary from pretty good to pretty awful. She appeared in only twelve movies over seven years, but her notoriety has lasted well beyond her short career. Payton, it has been said, might have become another Lana Turner if she had dedicated herself to becoming a movie star, but that was not to be. Payton’s taste ran to men, drink and infamy rather than fame.

Her troubles started when she had an affair with Bob Hope and the result was instant termination of her contract by Universal. In between acting jobs Barbara Payton is named The Queen of Night Clubs and if she were alive today she would be right there in the back seat alongside Lindsay, Britney and Paris. A string of sexual conquests ranged from notorious gangster Mickey Cohen to Gary Cooper. It was her engagement to renowned actor Franchot Tone that would result in Payton’s real life turning into something out of film noir movie.

While engaged to Franchot Tone she began an affair with B-movie king Tom Neal. Payton decided to leave Tone for Neal and that decision resulted in one of the most infamous celebrity brawls in Hollywood history. Tone and Neal went at each other in the courtyard of Payton’s home in Hollywood. When it was over Barbara Payton had a black eye and a reputation as trouble, Tone was in the hospital with broken ribs and a serious concussion, and Neal was without Payton. At least temporarily. Payton and Tone married, but within seven weeks she left her husband to go back to Tom Neal. Payton would go back and forth several times before finally divorcing Tone and settling in with Neal. She would head off to England to make film noir for Hammer Studios because she was essentially poison in Hollywood. One of those Hammer film noirs, Bad Blonde, gives her one final chance to reveal what might have been had partying not been so thoroughly in her blood. She had only four movies left in her and then she became one of the most tragically notorious stories in Hollywood history.

Barbara Payton was arrested a number of times for public drunkenness, shoplifting, writing bad checks. She went from attending the highest class nightclubs in Hollywood to becoming a cheap prostitute and being gang raped on park benches. There were rumors that she fell into pornography, possibly even appearing in one or more stag films. She was brutally stabbed by one of her tricks and required 38 stitches. After repeated beatings by not just those tricks but Tom Neal she lost several of teeth and her bloated appearance by the time she allegedly had sex with a young Dennis Hopper inside a booth at a Hollywood bar was a far cry from her sexpot glory days. As alcohol, rough sex, and brutality took over she finally decided to move in with her parents in an attempt to get it back together. Less than a month later her mother finds Barbara Payton sprawled out dead on the bathroom floor.

Lindsay Lohan and Britney Spears and all the rest of today’s Hollywood party girls no doubt assume that it can’t happen to them. And they may be right. After all, if any of these girls fall so far they must resort to starring in pornographic films they would probably become even bigger stars than they are now. Just look at Paris Hilton.