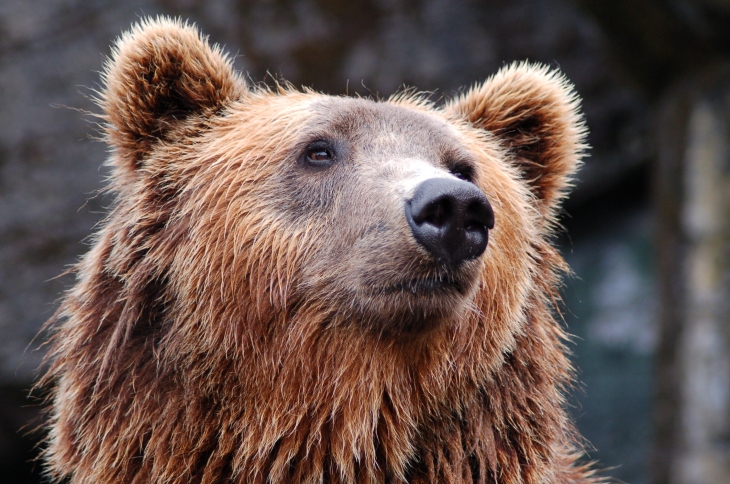 Anton Chekhov’s play “The Bear” is typically relegated to that subgenre of comedy known as the farce. What separates a farce from the more pedestrian and commonplace “comedy” is that it is infused with a sense of whimsy as well as a detachment from reality that, paradoxically, should serve to make it all the more realistic. In the case of “The Bear” the farcical elements are utilized to heighten the emotional intensity that is under normal circumstances subject to far too much control and restraint to allow it freedom in a work of drama as short as this play. The revelation that love and the realization of love is enough to make Smirnoff undergo the series of truly bizarre and unexpected changes in register could probably only be accomplished in a farce.

The arguments that take place between Mrs. Popov and Smirnov serve both to provide the comic material for the play and as a foundation upon which to build Smirnov’s growing realization that he succumbing to the ultimate debt of love. Popov has retained her commitment to her husband long after his death has released her from that debt. Smirnov is a landowner who had lent money to Mr. Popov’s husband before his death and who has now shown up to demand repayment because he, in turn, is facing down his own creditors. The cyclical nature of debt and repayment serves as a metaphor for relationships between men and women. The play proceeds from a point of Popov’s refusal and Smirnov’s reactions. It is the evolution of Smirnov’s reactions that is the key to understanding his character.

The progression of the play is through dialogue rather than action and the progression of the dialogue of Smirnov is one of self-assuredness—almost cockiness—to a sense of losing control, which ultimately leads Smirnov to realize he has fallen in love. Smirnov boasts that he has “refused twelve women and nine have refused” him. These are the words of a man still secure in his independence before a woman; an insecure man never admits that a woman has refused him, much less nine. The subject at hand is still the debt as the argument intensifies, but then Mrs. Popov takes it from the financial to the personal. She attacks his very humanity by crying out “You’re nothing but a crude, bear! A brute! A monster!”. Finally, things progress—as it seems it always must—to weapons being brought to bear. Mrs. Popov goes for her husband’s pistols, essentially turning the argument into a full scale duel. There is only one problem: Mrs. Popov does not know how to fire the gun. At this point, she ceases to be a debtor and is well on her way to becoming a woman. Smirnov is lost.

Smirnov’s reactions to Mrs. Popov change considerably after weapons are introduced and since it is clear he has no real fear for his life, this change that comes over only can only be attributed to a death in his original feelings for the widow as his emotional trek comes to a rest a full one-hundred eighty degrees from where he started. Nothing in either his words or his actions could lead one to suppose that any element of truth is expressed when Smirnov asserts “If she fights I’ll shoot her like a chicken!”. One can well imagine the Smirnov who first entered Mrs. Popov’s home at the beginning of the play actually entertaining this idea—if not actually going through with it—but the words ring empty and hollow by the point at which they are actually spoken.

“The Bear” is a drama—perhaps even a tragedy if one cares to extrapolate what may happen to these two characters once the curtain comes down upon this small moment in their lives—masquerading as a farce. And, of course, it has to be that way. If the events that take place within the short period of time allotted in this short play were played straight and dramatically, Smirnov’s strange, comedic odyssey from cold, heartless debt collector to overwhelmed object of love would draw even more laughs, albeit unintentionally. To show the absurdity of Smirnov’s situation, indeed the absurdity of how any two people come to fall in love, the farce is the writer’s best weapon. It provides a method of distancing the audience from realizing they too are characters in a real life farce every time they fall in love.