The color of that riding hood should not be taken as mere coincidence, of course, since red is perhaps the most striking color of the spectrum and has long been a favorite for use as a symbol of sexuality. The plot device that has Red Riding Hood taking off on her journey to grandmother’s house should be viewed in terms of a metaphoric journey toward maturity. The woods in fairy tales are not only dark and mysterious, but more importantly they are overflowing with temptation. The words are the crucible in which Little Red Riding Hood will face a test of her maturity through the temptation that is the greatest obstacle to the process of maturation.

This is true of all fairy tales, but in the case of Little Red Riding Hood that temptation arises in the form of possibility. There is the potential, always, that the route that one takes through the dark woods is entirely unimportant for the simple reason that regardless of what route is taken, the final destination will always be the same. In the contemporary versions of the fairy tale, the big bad wolf’s evil is connected to the deception of his actions in setting a trap to catch Red. The older versions, however, have a wolf who is closer to pure evil incarnate apart for him actions.

Her repetitive use of the parental imperative that Mother told her what to do and what to beware proves that all the lessons maturity have been appropriately memorized and stored away inside her consciousness, but Red has not taken the opportunity to engage critically with these life lessons. It is only when Red Riding Hood ultimately learns the most important life lesson-that no real protection can be afforded by a mere cape and hood-that she comes to fully appreciate that the warnings and prohibitions that mark fairy tales as guidance toward maturity are mournfully inadequate. 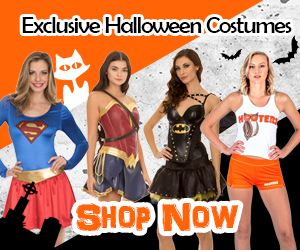 The tale of Little Red Riding Hood is not any more vital to understanding the basic structure of fairy tales than any other, but she does serve as a prototypical exemplar of the larger themes of fairy tales. Little Red Riding Hood is the elemental lesson of seduction in the dark, scary woods and of being tempted off the path of virtue. It is important that within the origins of the story there is the temptation of choice; in the earliest versions the trek through the woods is a shortcut for Red that promises to cut down the time it takes to get it Granny’s house. In some versions, in fact, it is none other than the wolf himself that supplies Red with the temptation that comes in the form of knowledge of the shortcut that will give Red an excuse for entering the mysterious woods.